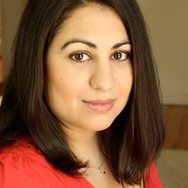 Green Shirt Studio is excited to add a new instructor to our roster: Azar Kazemi, a local director and acting teacher at DePaul University and Roosevelt University.

A native of Idaho, Kazemi studied theater arts at the University of Idaho and then moved to New York City, where she assistant directed three Off-Broadway productions, two under the direction of actor Ethan Hawke.

Now, at only 33 years old, Kazemi has made a quite a name for herself in the local theater community. She is the co-founder and artistic director of her own theater company, The Blind Owl, a socially-charged theater that celebrates stories where the political and personal collide. And she recently the U.S. premier of Debbie Tucker Green’s dirty butterfly at the Halcyon Theatre, which received four stars in Time Out Chicago. Some of Kazemi’s other Chicago directing credits include the Midwest premier of of Jack’s Precious Moment by Samuel D. Hunter, Crave by Sarah Kane, and The Coming World by Christopher Shinn.

We recently caught up with Kazemi to ask her about how she fell in love with acting, what it was like working with Ethan Hawke and what she loves about teaching acting.

Q: How did you first become interested in theater?

A: I saw a production of Top Girls by Caryl Churchill when I was 11 and fell in love with the theater. My best friend’s dad had directed the production and her mom had done the scenic design. Twenty years later, in 2015, I went with them to London and I got to see one of Caryl Churchill’s plays at the National Theatre. Caryl was at the performance and I got to meet her! It was pure magic.

Q: What made you want to be a director?

A: I had done acting first but my senior year of high school I directed a scene from Romeo and Juliet and realized I had way more passion for directing than I ever had for acting. From that point on, all I wanted was to be a theater director.

Q: You got a Bachelors in Theatre Arts at the University of Idaho in 2006. Then you moved to New York City. What was your experience like there?

A: My experience in New York City was so incredible. I felt I had always belonged in New York and had no problem adjusting. I got a job the first day at a restaurant and lived in Morningside Heights, a neighborhood that is part of Harlem. I had an internship at a theater company called The New Group as a literary intern, but helped wherever I could to learn as much as I could about running a company. I assistant directed three Off-Broadway shows and then got into the MFA program at DePaul, which brought me to Chicago.

Q: You did two plays with Ethan Hawke. What was it like to work with him?

A: Ethan was quite wonderful. He is so full of passion for all things theater and art. His energy was infectious for anyone working on a project with him. He is very goofy and would be the best audience member for the actors in rehearsal. I was so lucky to get to work with him twice as his assistant director. We had a great working relationship because he let me be a big part of the process and valued my insights. It was a crazy part of my life where I kept pinching myself because of the rooms I was in. I am so grateful for those experiences and how they helped shape the director I am today.

Q: Now you are living and working in Chicago. How is the theater scene different here than in New York?

A: It is so different here! In Chicago you know everyone and the storefront scene is so exciting! I hardly see shows at the big houses. Instead, I love supporting smaller companies doing incredibly risky work. I love that I can walk outside my front door and be within walking distance of so many shows. That is definitely different from the scene in New York where I feel a lot of the focus in mainly on Broadway and a small handful of Off-Broadway theaters.

Q: How would you describe your philosophy as a director?

A: I direct plays where the political and personal collide. Small casts, dark, gritty, emotionally raw plays are what I LOVE. I am lucky enough to have a small company in town, The Blind Owl, where I have produced and directed shows here in Chicago. I tend to produce work by and for artists of color and playwrights whose works aren’t produced enough. I consider myself an actors’ director and tend towards a minimalist design approach. I focus on language and movement in rehearsals in order to discover the emotional truth within the storytelling. My directing philosophy is that process is more important than the product and through rigorous rehearsals we will inevitably have a great product.

Q: In addition to directing, you also teach acting at DePaul, Roosevelt and Green Shirt Studio. What do you like about being a teacher?

A: Teaching is in my blood I think. My father has been teaching for over 40 years. Teaching acting reminds me of being in rehearsal, and that is my favorite place to be. Helping actors discover the story, their characters, and the relationships is thrilling! You would think it would get boring, but it never does. Each person you work with is different, and each play gives a new set of challenges, so you have an endless variety. Even working on the same scenes with new actors is exciting because I find out new things I didn’t see before. I feel extremely lucky to get to work on bringing the human experience to life on stage, especially in the classroom.

A: I care deeply for my students and have a very personable approach to teaching. I believe that actors are willing to open up more when they feel safe. So when my students trust me and know I’m rooting for them, then I feel the hard work can begin. Although I am very warm as a teacher, I still expect my students to be focused and show up prepared. I encourage actors to take big risks and to not be afraid to fail. In my classes you can expect I’ll always be honest and if you’re willing to put in the work, you will leave a better actor than when you arrived.

Q: You recently taught a Sam Shepard scene study class at Green Shirt Studio. What did you enjoy about that?

A: I loved teaching the Sam Shepard scene study this summer! It was bittersweet that Sam passed away during those eight weeks of classes, and it really shook up our whole class. We focused so heavily on Shepard’s language and finding the explosive nature of so many of his plays. The actors were all given a scene and monologue from different Shepard plays. Throughout the eight weeks, we worked on rehearsing and discovering the world of all things Sam Shepard. Having worked on Shepard more than any other playwright over the years, I feel very close to the work. By the end of the class the actors had a showcase of their scenes and monologues and it was truly exciting to see the progress in only eight short weeks! I hope to be back at Green Shirt soon for another class; it was so much fun.