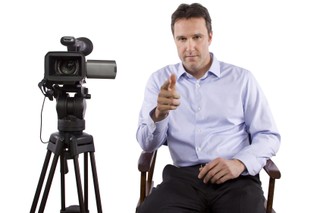 If you’ve been taking acting classes for a while, you’re probably itching to start to audition for TV, films and commercials. After all, with so many TV shows being filmed in Chicago these days, local actors have a great shot of landing a part, as long as they know how to approach an on-camera audition.

If you’ve only auditioned for theater parts before, know that on-camera auditions are significantly different from theater auditions, and you need to adjust your delivery accordingly.