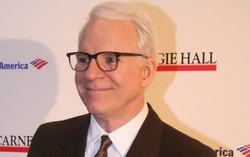 I teach a lot of beginning actors, and I really love it. I love it because I truly enjoy seeing their faces light up when they make discoveries, when they begin to understand what acting is, and how simple the job of the actor really is. Note that I did not say how easy the job of the actor is. But when I can get them to let go of preconceived notions, of tension that are working against them, and—most especially—to let go of their self-consciousness, even a little bit—this brings me great joy.

But there is also a downside to teaching beginning actors, and it doesn’t occur with everyone but it does with a good number of them, and especially with the young ones (though there are plenty of exceptions), and it is this—wanting to shortcut the process. I can hear the question coming a mile away—I know it even before they’ve finished asking it, and though there are a thousand variations on it, the essence of the question is always the same. I call it the “Golden Ticket” question, because it reminds me of Willy Wonka and the Chocolate Factory (the 1971 film version), and the lyrics of the song by the same name. The Golden Ticket question is usually some variation of this question, “Yes, yes, that’s all very well and good, what you’re saying to me, but how do I become great now??” Oh, man, this frustrates me to no end! I want to pull my hair out every single time.

Basically, they are asking me to tell them the one secret that will make them great (or famous, usually famous), as if there was just one thing, and as if there was any guarantee that they will ever be great (or famous, which there isn’t). The short answer to the question is the answer that I know they really don’t want to hear, because it’s some variation on, “Years and years of hard work.” They don’t want to hear it because they know the answer. Deep down, they know. Even if they don’t know that they know, a part of them does know, ya know?

I was watching a Facebook ad for Steve Martin’s new Masterclass on comedy the other day and he said that some of his beginning students were asking, “How do I get an agent?,” “Where do I get my headshots?,” and Steve thought, “Shouldn’t the first thing you should be thinking about is ‘how do I be good’?” Thank you, Steve Martin!

And you might be saying to yourself, “But, Sommer, isn’t this the same question that drives you bonkers when your students ask it? And I would say, it’s close, but guess which word Steve Martin left out? Now. The question we should be asking ourselves is “How do I be good—not how do I be good now.” This is a process, and there are no real shortcuts. It’s also important to understand is that the work you may be doing in the beginning may not be any good. Sure, some of it might be, but most of it may not be. In fact, a lot of the exercises that we do in class may not feel anything like Acting-with-a-capital-A, but you are building something here. Look, when construction workers build a house, what’s the first thing they start with? There is no beeline to being great.

If you want to be a good actor, try this: have patience. Trust in your work. And if you are really incredibly impatient, try these things: maybe a guided meditation on patience, and practice being “in the moment.” What does that mean? Stop and pay attention to what’s going on around you. I guarantee you will see something happening that is more important than yourself, and by putting that attention outside of yourself, over time, you become more selfless. When you can become more patient, more selfless, combined with your classes and your dedication to your craft, you are well on your way to, over time, becoming great.