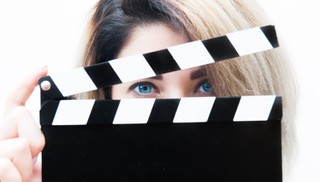 As a teacher of young artists who are just starting to learn their craft, I feel very protective of them. I know that there is a lot to learn, and it takes a long time, and I want to envelop them in a cocoon of encouragement, to challenge them in the safest way possible to go to some uncomfortable places — the inevitable growing pains of the beginning actor.

But there is one unfortunate rite-of-passage that I wish I could shield them all from, and that is the experience of being scammed by people promising to make you famous fast. It makes me so angry that there are certain companies that will prey upon the naivety and hopefulness of someone wanting to be an actor. Is it so wrong to want to be solvent and perhaps even make money as an actor? Of course not! Is it possible to be solvent and even to be able to support yourself as an actor? Sure. But I find that the enthusiasm of the young actor can sometimes make one put the cart before the horse, as it were.

Here are some things to look out for as you make your way in the world as an actor.

I think the best advice when looking out for oneself is to not confuse the art or craft with the commerce, or business of acting. Yes, in order to ultimately have a career as an actor, you will have to deal with both, but don’t get too overzealous with the business side of things before you feel you have a handle on the craft. It takes time to develop the skills, connections and experience you need to make a go of it in this industry.

We are lured in by stories of people getting discovered at the bank, which reportedly is how Charlize Theron met talent scout John Crosby. And while stories like these do happen to folks occasionally, you must be wary and do your homework. In fact, it appears that Ms. Theron did do her homework after the guy gave her his card—she asked around town and found out that he was legit before she called him back. This is exactly what you must do!

So be smart like Charlize. Don’t just give away your hard-earned cash to someone offering you fame and fortune, because it really doesn’t work that way. Be smart, be your own advocate. Do not let your art be cheapened or sullied by the first snake-oil salesman who comes your way. Protect yourself the way I, as your teacher, would protect you, if I could, always.